Is this new space-faring RPG offering from Obsidian out of this world? 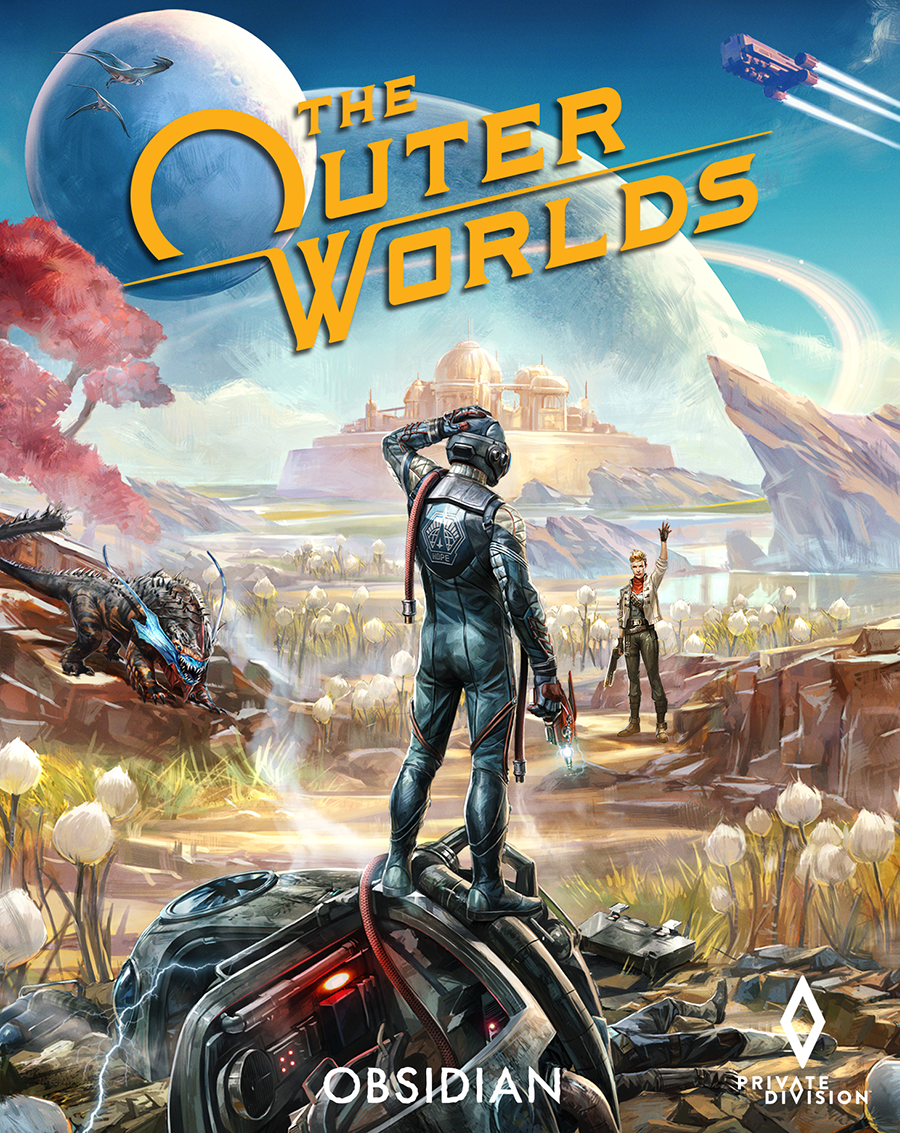 Avoiding the obvious pun of calling this game 'out of this world', Obsidian has once again added to their tally of critically acclaimed story-focused roleplaying games. From the creators of games such as 'Fallout: New Vegas' and 'Star Wars: Knights of The Old Republic' and its sequel comes a game that can be described most simply as 'Fallout, but in space'. While the mechanics and general gameplay pay homage to New Vegas, the story changes course, diverging from our own timeline at the turn of the twentieth century to a distant colonised star-system that is under the iron fist of a for-profit corporate entity known as 'The Board'. As is expected from Obsidian, players can choose to work with multiple factions with their own opinions on the player character and change how the story is played out and which side they choose to stand with. Rescued from a damaged ship by a mad scientist, the player begins their adventure on a planet called Terra-2 and unravel the rest of the story from there.

With the recent controversies of Bethesda and their 'Fallout: 76' being widely reported, Obsidian was provided with good timing and scored with a breath of fresh air more akin to the RPGs we all loved and grew up with. While the game provides plenty of action itself, the focus is definitely more on world development and story than the shooter aspects. The companions felt real and emotive, there were plenty of times I had side-tracked from the main quests to help my companions, extracting an emotional tie from them as I did so. In the game’s highest difficulty, their deaths are permanent, which led to a few dramatic jumping-in-front-of-bullet moments. While the game can be 'completed' pretty quickly through a race of the main quests, the worlds are full of hours of side-quests and exploration and even simple action (if that's more your thing). The game is criminally funny - from the dialogue choices you can choose yourself to the dialogue of the other characters, I had to stop myself playing for a few minutes while I regained my composure. Obsidian made no mistake in marketing this as a small game, they, however, failed to market the fact that this game sets an example to all of the larger AAA developers that quality is more important than quantity. To reverse an age-old analogy, the game was a metre wide and a mile deep.

I had to dig deep into finding a flaw in the game, from the art style to the story to the world-building, everything was simply superb - but maybe that was a problem - earlier I stated that the game could be boiled down to 'Fallout, but in space.' And that feeling rang true throughout playing the game, while New Vegas was critically acclaimed, and any look around Fallout forums will reveal hordes of Vegas fans. Outer Worlds felt pretty much along the same lines, Obsidian had the opportunity to take a real shot at risk here and instead, the game feels like a much shorter, much safer New Vegas in different clothes. Any moment I expected one of my companions to state that patrolling the Mojave almost made them wish for a nuclear winter, or for some Roman cosplayers to show up. While there were certainly some differences in mechanics, the whole game played more like a New Vegas 'Alternate Universe' mod than a standalone game. Don't get me wrong - I absolutely loved New Vegas and, almost by proxy, I absolutely love The Outer Worlds, but if there was a game willing to take risks on, with the developer later being acquired by Microsoft, Outer Worlds should have been that game for Obsidian.

To summarise, The Outer Worlds is extremely good, it's a short, snappy, witty and powerful adventure, if you fell in love with Fallout: New Vegas the same way that I did, you'll fall in love in the same way with The Outer Worlds. Obsidian elected to use their own standards for this game (No microtransactions?) instead of looking around the industry and shaping their game around the tired out formulas used by other developers (No day-one DLC?), and the results are reflected across the board, fans and critics alike, placing this game in the Obsidian-dominated vault of critically-acclaimed single-player roleplaying games.