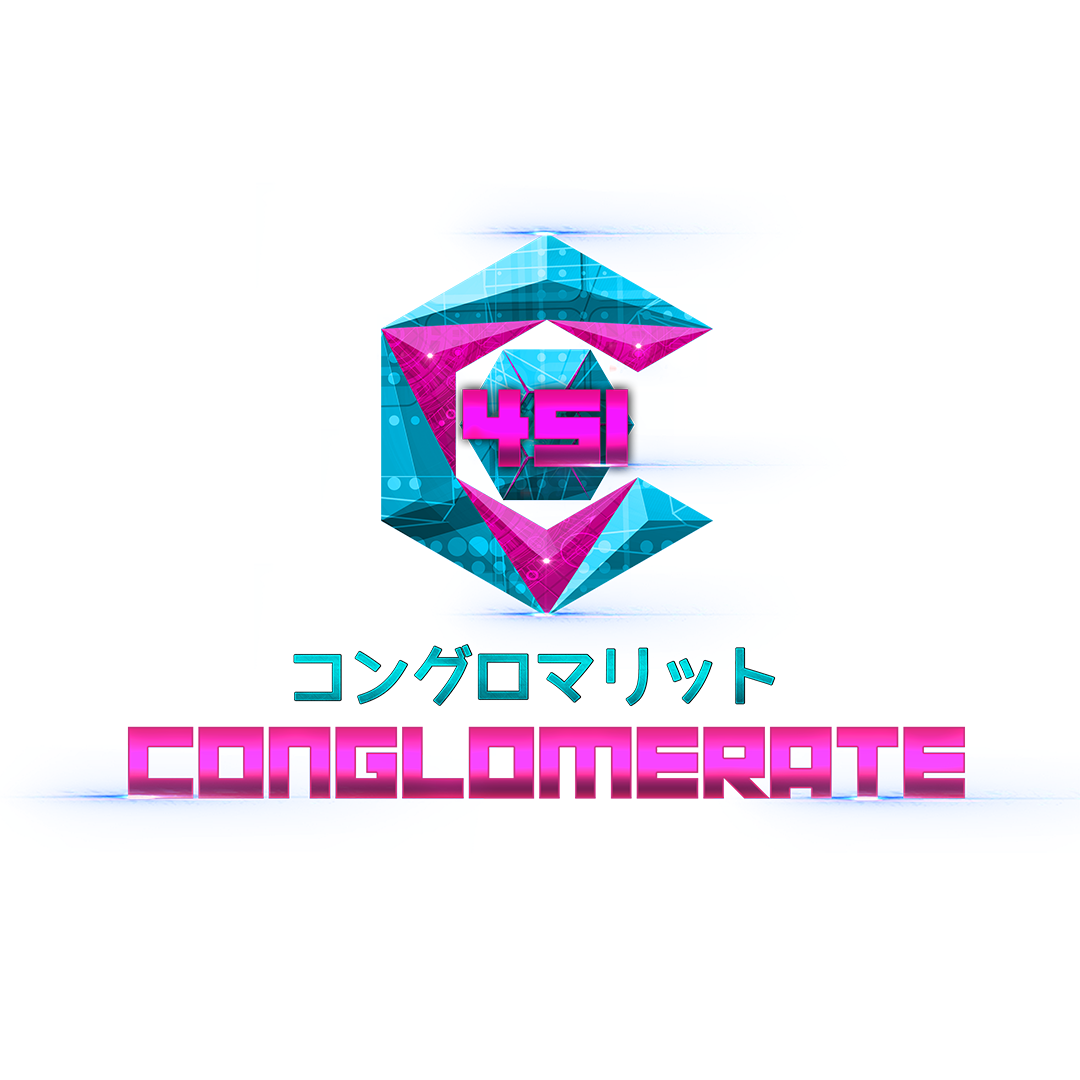 They Cyberpunk sub-genre seems to have made something of a comeback in games of late, I wonder why? But anyway, Conglomerate 451 is one such game hoping to take advantage of this renewed interested in Cyberpunk.
Conglomerate 451 is a first-person grid-based dungeon crawler. Set in Conglomerate City, you take up the role of a special agency director. Tasked with restoring order and taking control back from the corrupt corporations that have come to dominate everyday life in sector 451. To do this you are given a roster of clone agents to undertake missions and combat the criminal gangs the corporations use to maintain their control over citizens and everyday life. 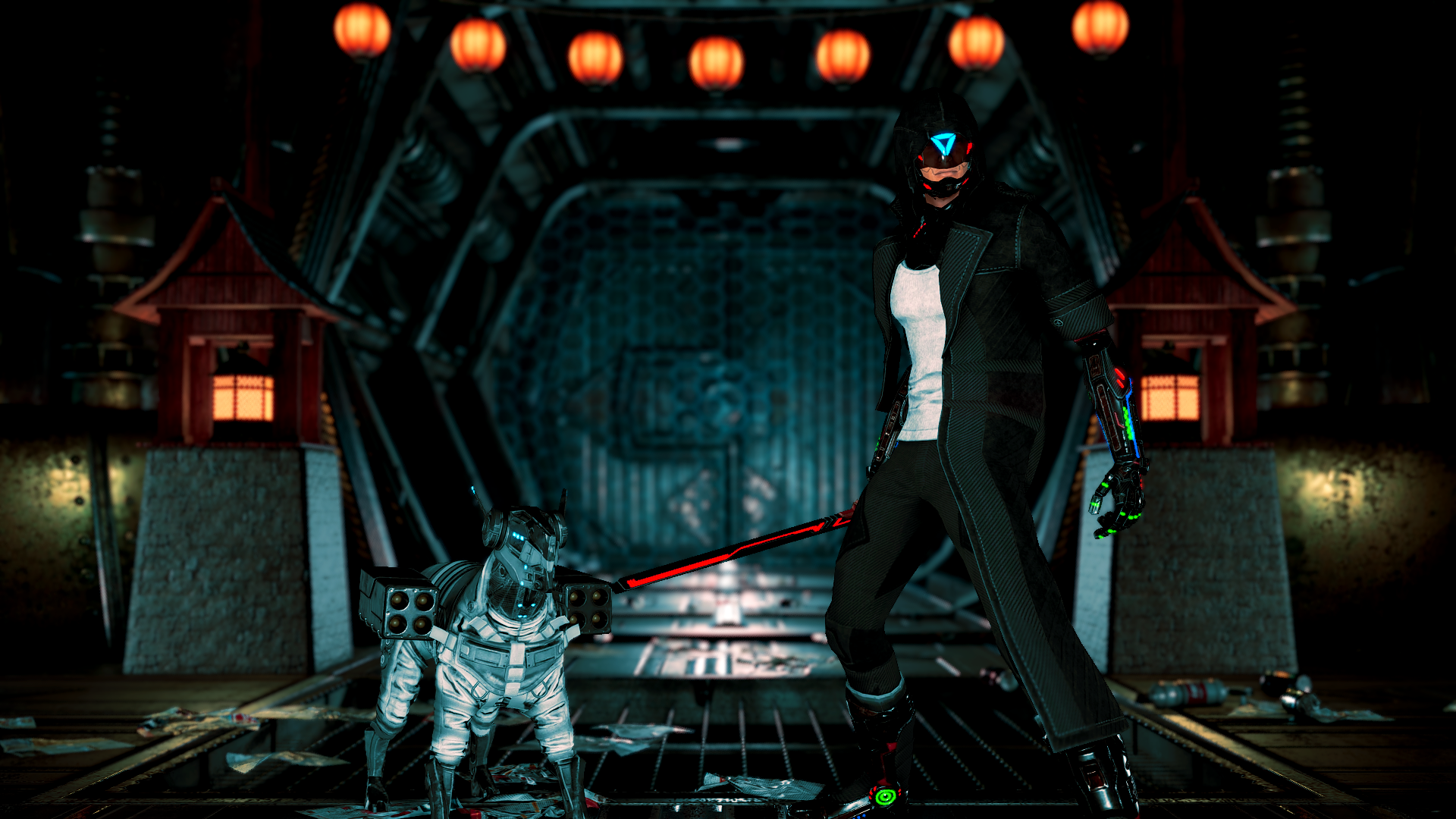 Like most dungeon crawlers, Conglomerate 451 features the standard endless and story modes. Endless mode as the name suggests lets you keep on playing indefinitely, generating random missions to complete and enemies to fight across the game’s “dungeons”. Dungeons aren’t very big and the game tends to reuse the same areas often, only moving enemies, vendors and items around. A lot of similar games do this, but because of the small size of the mission areas in Conglomerate 451, it can start to feel very repetitive rather quickly.
In story mode, there’s obviously a set campaign to play through, you get 75 game weeks to complete the campaign, every mission you undertake requires a week to complete. It’s a good idea to have a fairly large roster of agents at your disposal as healing them back at HQ also takes at least 1 week. During my play through, I built up quite a large roster of agents rotating them regularly. Doing so I was able to heal injured agents whilst giving others a chance to gain experience. This allows you create a strong roster of agents with varying skills and a lot of depth which is important, as death in Conglomerate 451 is permanent! The system works well and is definitely one of the strongest areas of a game that unfortunately feels overwhelmingly average in most other areas. That’s not to say it’s a bad game, it just it seems to be struggling from something of an identity crisis. Why? Well, it’s not the only first-person dungeon crawler, and it’s not the only one to feature permadeath. Featuring all the buffs, upgrades and perk unlocks you would expect to find in any role-playing game it struggles to standout in anyone area. It’s like it has got all the required ingredients but not the special sauce to make any of it, its own! 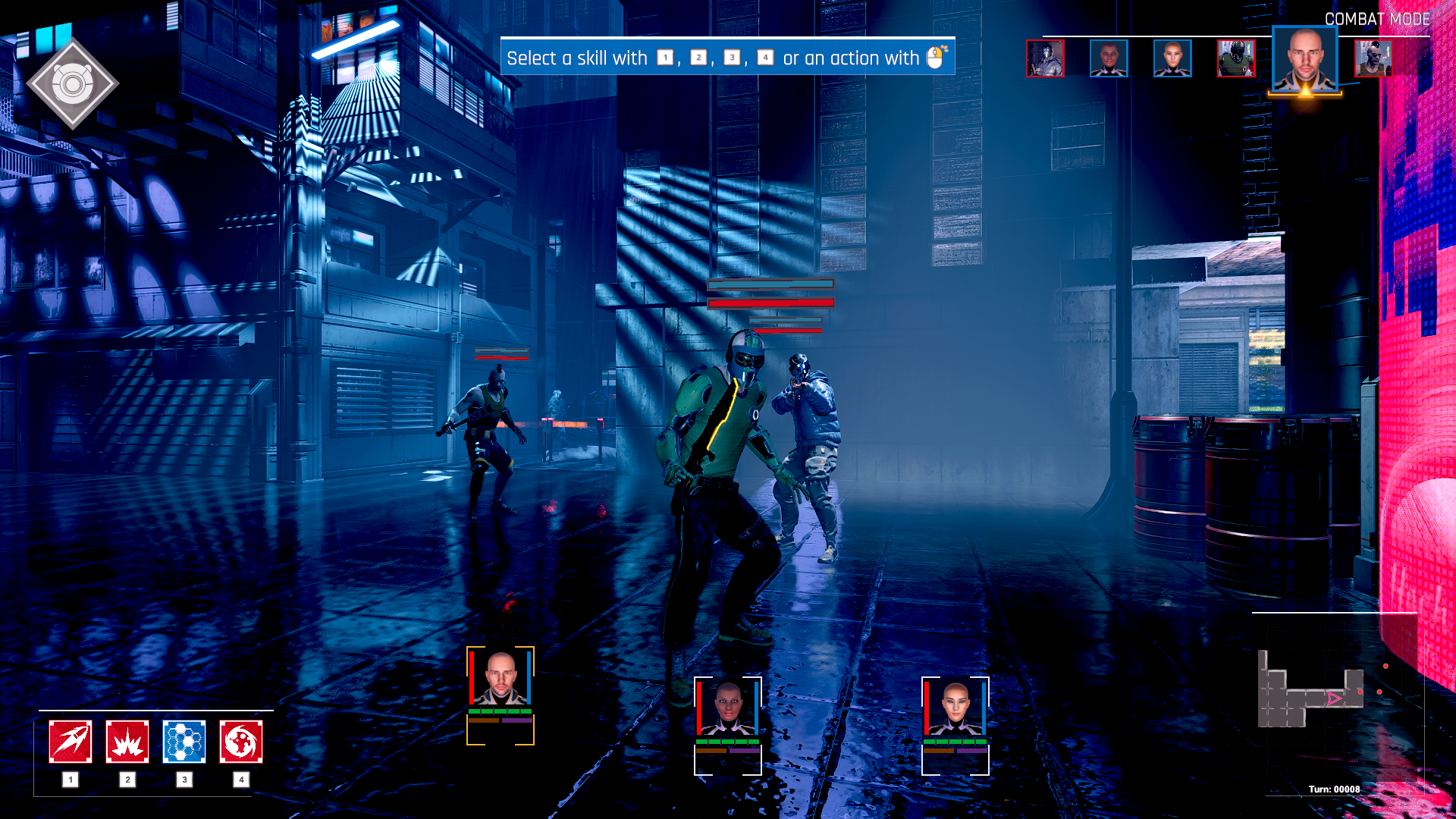 In the actual mission areas, movement is a little more fluid then one would expect for a grid-based game. You will also need to rotate the view often, to ensure your squad of agents are orientated correctly. The problem with this is, it takes some getting used to, as it happens a little too quickly. Making it very easy to become disorientated resulting in you repeatedly going over the same ground. This is much more prevalent in areas with corridors that have multiple additional areas branching off them.
Combat is solid and fairly enjoyable without ever really feeling exciting. As you would expect, it is turn based so you have plenty of time to react to enemies’ actions. Skills are split into attack, healing or defence. Some skills will affect just one character whilst others whole squads. There’s a good variety available for your clone agents, and having a squad of three enables you to have a good mix of skills at your disposal. There are also various buffs to enhance your agent’s abilities, software upgrades, plugins and illicit drugs can all be used to provide a temporary boost in more difficult combat situations such as the games boss battles. 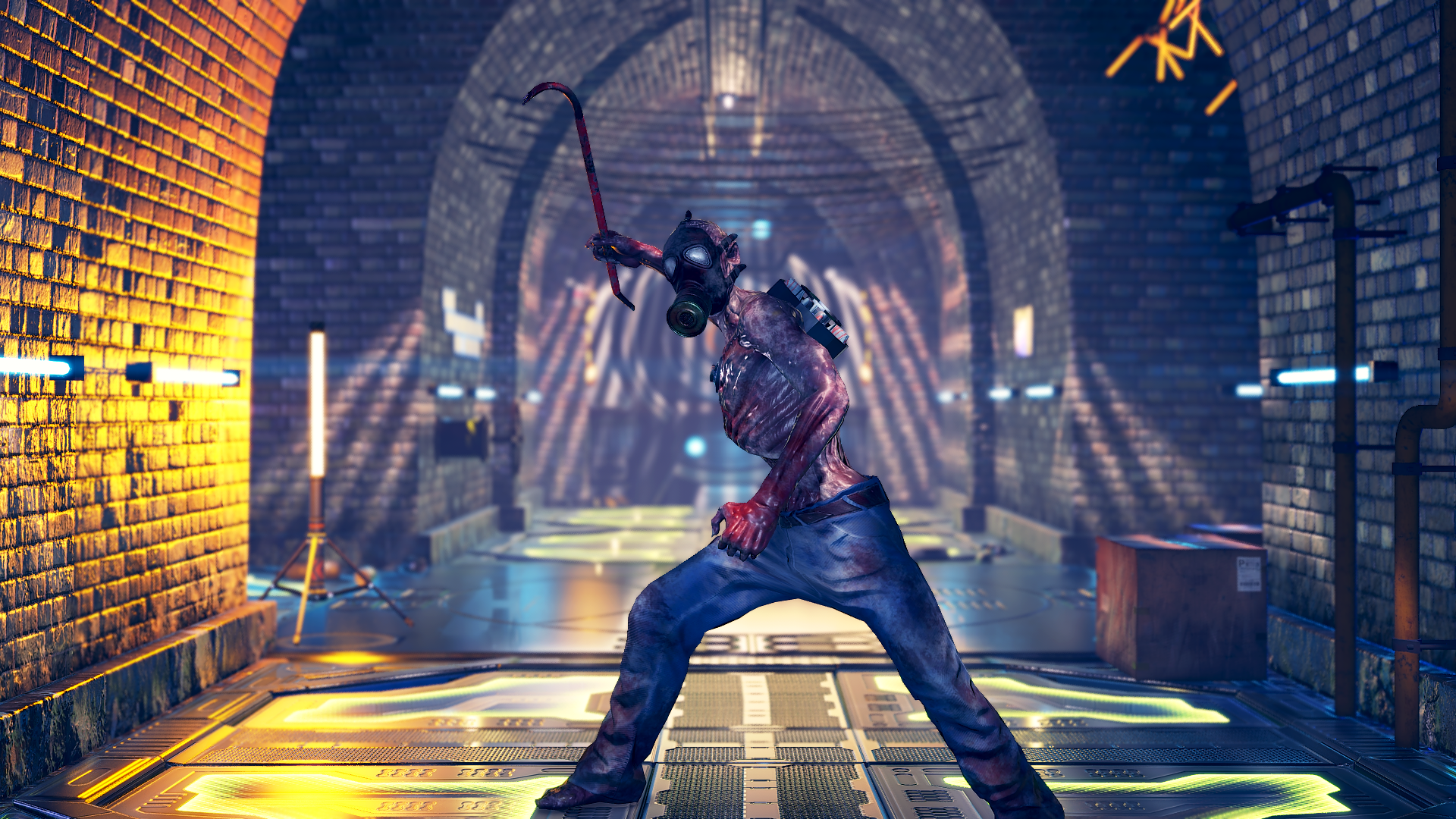 Summarising this review is awkward, kind of like when you’re trying to tell someone who’s romantically interested in you that you just want to be friends. Even though you enjoy spending time with them! I enjoyed playing Conglomerate 451, mostly! It’s one of those games that, just does what it does. It’s solid, reliable. It’s adequate! But, not exciting. I’d be friends with Conglomerate 451!