Horizon Zero Dawn has finally been confirmed for PC after months of speculation, and it’s arriving this summer. 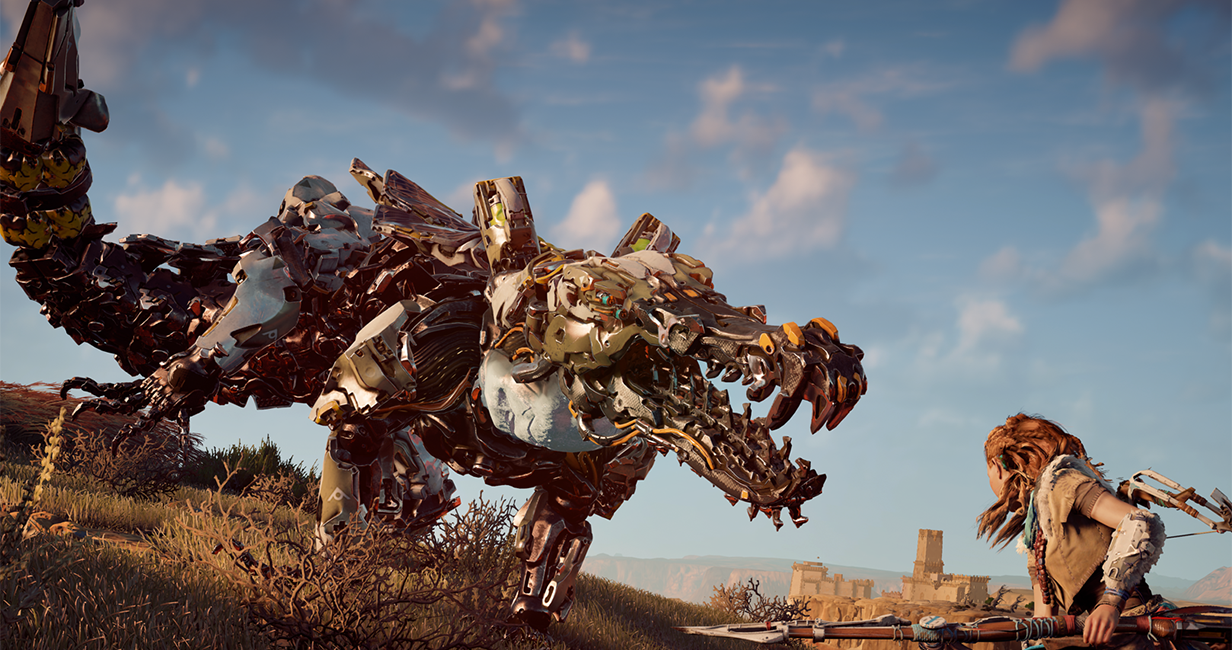 The news came from Hermen Hulst, Head of PlayStation’s Worldwide Studios in an interview posted on the PlayStation Blog.
When asked about the PC version of Horizon Zero Dawn Hulst said, “Yes, I can confirm that Horizon Zero Dawn is coming to PC this summer…. There will be more information coming from Guerrilla, from the new studio directors [Michiel van der Leeuw, JB van Beek, and Angie Smets] pretty soon.”
Originally a PlayStation exclusive title, Horizon Zero Dawn is an action role playing game where you play as Aloy, a young robot dinosaur hunter – yes you read that right! The game is set in a lush, post-post-apocalyptic world where giant dinosaur machines roam the land and mankind is no longer the dominant species.
No further details were given, but we’ll bring you more news on the PC release of Horizon Zero Dawn as it breaks!
More on Horizon Zero Dawn >>
Go to comments (0)