Biomutant still being made insists developer

Yeah we forgot about Biomutant too! The roleplaying game that was originally announced back in 2017 and lets you play as furry mutated creatures that know kung fu. Well it was supposed to release last year, but nothing has been heard of the game since last August.

That is until today, a post on twitter from developer Experiment 101 states the studio is still working hard on the game during the final stages of development, but are unable to say when the game will actually be released! 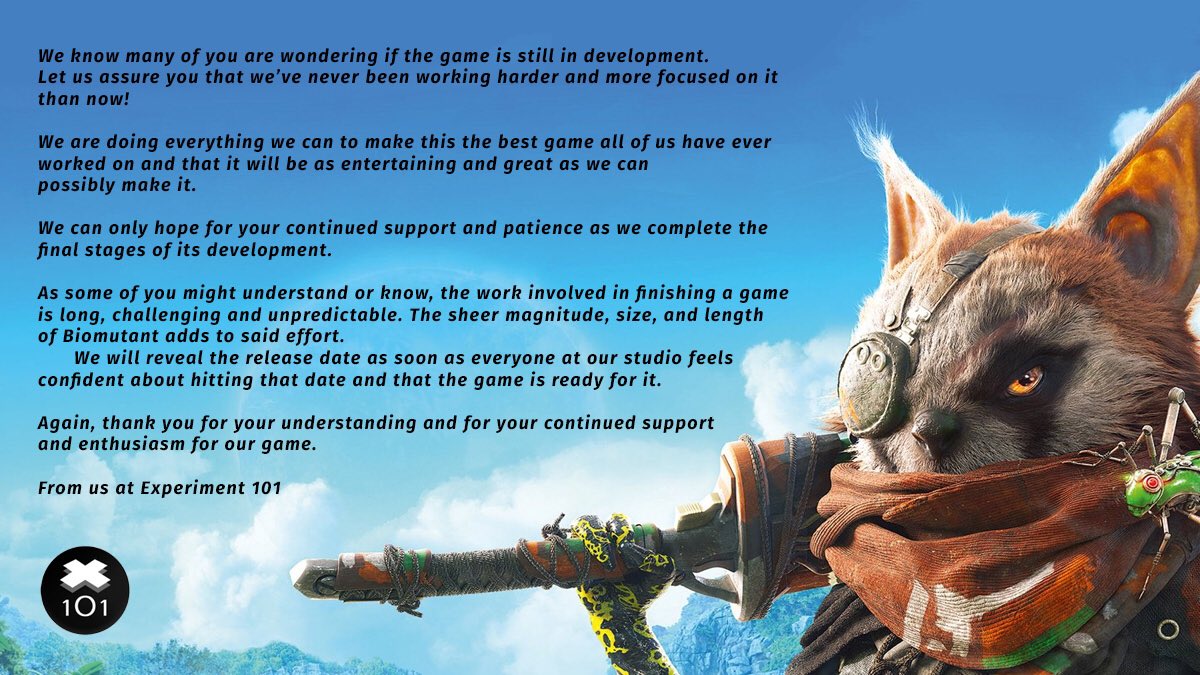 Biomutant is an open-world action RPG set in a post-apocalyptic world. In the game toy will be able to change character’s abilities and appearance using powerful mutations, bionic prosthetics and weapons. Each mutation you make to your furry character will change its performance in the games melee and firearms-based combat.

With no new release date, I guess we'll just have to keep guessing when the RPG will arrive.
More on Biomutant >>
Go to comments (0)